Twitter’s Periscope is a free app that lets users shoot or watch live streaming videos and has a list of live streams that is constantly updated. The whole concept is to virtually place users in unique places across the globe they would never be it were not for Periscope.

How does Periscope work?

Periscope lets users set up live video shoots by adding titles and choosing whether they want to share the location they are shooting from. When you start the broadcast, automatic notifications will be sent out to all your followers that are using Periscope to watch the live stream instantly by simply touching the link.

When the broadcast is over, users can make the video clip available for replay in order to give people who missed it a chance to watch it or simply save it to your camera roll. Unfortunately, replays only stay up on Periscope for only 24 hours after they are posted. However, you can visit a specific profile to watch every Periscope the person has ever made.

One of the best features of Periscope is that it makes streaming easily accessible on mobile devices including smartphones and tablets. Therefore, shooting from a concert, party, political rally or game can be done by anyone. The most exciting thing that makes Periscope special is that you can see exactly what is happening in your friends’ lives right now.

Periscope users can post their videos to their twitter followers by simply selecting the Twitter’ icon just before broadcasting the clip. Otherwise, the only people that can see the broadcast are users looking at the live streams list on the app. The app also suggests people you can follow in the People’ section. These suggestions are entirely based on the user’s Twitter network and Periscope will always let you know whenever they shoot new live broadcasts.

The app also lets users just send video clips to the specific people they want. Therefore, you can choose the followers you want to get notifications for the new live show, and the content will only be broadcast to this specific group of followers.

This is a very important feature because you can send video hits to your family or friends when you are away. The live aspect of videos makes the experience more personal than pre-recorded videos or photos.

1. Periscope is a free mobile app that works with both Android and iPhone

3. The app automatically sends notifications to your Periscope/Twitter followers whenever you share a video that you are streaming live.

4. Periscope has a very small learning curve which makes it quite easy to set up an account and stream live video shoots.

5. Your followers simply need to tap anywhere on the screen to give your videos hearts which acts as applause to show broadcasters they followers like what they are watching.

6. The Live chat provides a great avenue for interacting with your audience. Viewers can Like’ and comment on live streams which is great for Q and A’s and real-time commentary. You can also turn off the comments.

7. Once the broadcast is over, analytics will appear on the screen showing you the number of views, duration of video, retention rate and the number of hearts you have received.

How can businesses use Periscope?

Periscope is a great way for communications especially when program officers need to broadcast beneficiary interviews or field visits if there is connectivity and when appropriate. This also applies to companies that need to live stream important activities or mission moments.

The app offers a great and convenient way of connecting with supporters by conducting Q and A’s with your executive director, program participants, celebrity ambassadors, program directors and others. Your audience can also post commentary or ask questions when you are live streaming, which makes Periscope exceptionally fast and interactive. This way, your supporters and customers know what you are doing and what to expect ahead of time.

Periscope lets your supporters, customers and clients in on various events that they are interested in but could not attend for different reasons. Therefore, whenever organizations have staff correspondents at events such as gala dinners, fundraiser, benefit or conference in charge of showing guests around or chatting with viewers and honorees, these exclusive moments can be shared with their audience and community.

Live stream on Periscope is a great way of bringing your clients and customers along when you attend your next event. On the other hand, showing the workings of your company or organization (such as the people behind the tweets and status updates) can help increase trust and engagement for your business.

In case you want to get quick feedback on your new projects, initiative, log or simply gather input on what your customers would like to see, Periscope will help you conduct surveys on social media-savvy target groups.

Do you want to make an announcement? Added new programs, products or services? Expanding your services to new countries or regions? Do you want to announce the winners to a contest? Did you just add awesome new hires to your team? Besides helping you go live with any new announcements, Periscope will also help you involve your audience in the excitement.

Periscope offers live video streaming for both Android and iPhone, and it has awesome features for shooting new videos. Although Periscope is not the first video streaming app, its ease of use, ability to browse all the current streams, and GPS locations sets it apart from the rest of its kind. 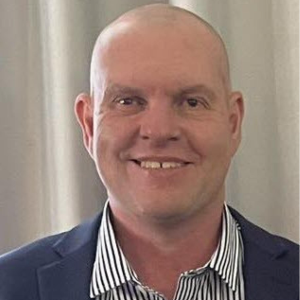 CAN FIX IN THEIR WEBSITE IN THE NEXT WEEK TO

It is true that most of us fail dismally in our online ventures. So here are five things you can do in the next week to get the needle moving in the right direction.

Your information will be used to send you this guide.